Which Power Ranger Costume Best Represents You?
Skip to content

What does your Power Ranger costume say about you? Your suit means so much more than just your favourite colour. The affinity you have with your costume tells a lot about your personality, and how you fit in with your squad. Whether you’re planning a party, working on something cool or just hanging out, you’ve got a role to fill in your squad.

Are you a Blue Ranger? Or, maybe you’re more of a Yellow Ranger type? Every squad needs a Red Ranger – is that you? Suit up, and let’s see who you really are under that mask! It’s Morphin’ time! 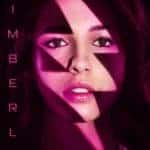 You’re the spark that keeps the squad together. High energy, super excited and always ready to go – that’s you. You’re in tune with everyone else on your squad – some people might say you can read their minds. 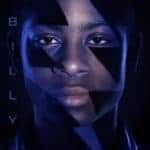 Some people say that blue represents wisdom and intelligence. We think Blue rangers are awesome! Blue rangers are needed in any good squad. They’re the people that act as a stabilizer – the ones that point out logistics flaws in plans.

If you’ve ever said “Hey, did everyone remember to pick up their bags for trick-or-treating?” or “Guys, we’ve got the costumes but does everyone have their props?” you’re probably the Blue ranger type. We salute you! 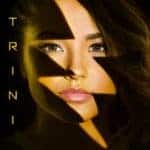 You’re…unique. In a good way. In an awesome way. Maybe you have a special skill no-one in your squad has. You might have a really cool background, or a secret that only your closest friends know. You’re most likely to have “that cool quirk” that people try (and fail) to imitate.

Yellow Rangers are too cool for many people to understand. You choose your friends wisely – and are fiercely loyal. You’re the type of person who’s insanely good at fitting into character with their Halloween costume…almost as if they were a superhero, themselves. 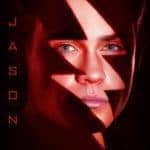 You’re strong. You take charge. You’re the leader type – but that doesn’t mean you call all the shots. You’re the type of guy or gal to suggest the Halloween costume theme for your squad, and carry through with the group’s decision.

You’re the type to dive headfirst into a haunted house, encouraging the rest of your squad to follow. 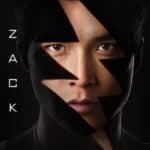 You’re the best team member anyone could ask for. You’re strong, dependable, and humble – but not humble enough to shy away from the spotlight when the opportunity arises.

You get the job done, when no-one else is willing or able. When it comes down to the wire, three hours before the big Halloween party, you’ll see Black Ranger painstaking putting up Halloween decorations and props.

Are you the brave Red Ranger? The dependable Black Ranger? The excitable Pink Ranger or analytical Blue Ranger? Perhaps you’re a Yellow ranger – unique and quirky through and through. This year, we’re stocking Power Rangers Halloween costumes in stores all over Canada – you’ve got time to choose!

Whichever is your Power Ranger costume, you know that you’ll fit in nicely with your squad, and you all complement each other perfectly. Together, you are more…

What are your #squadgoals this Halloween? Are you planning to throw a big Halloween party? Or, go trick-or-treating with group Halloween costumes? It’s never too early to plan. Let us know about your Halloween plans, and how your Power Ranger costume choice fits with your squad!